Running: there’s no sport like it. It’s the ultimate in endurance, the ultimate in willpower. Each step is a chance to push farther and go faster for no one but yourself.

As a longtime competitive runner on hiatus, I felt a pang in my gut this morning as I watched the Chicago Marathon runners line up at the start wishing that I, too, was among them. The snapshots below don’t do the scene justice; the sense of support from spectators brought tears to my eyes and the athleticism from novice and Olympic caliber runners alike was enough for me to say, Maybe next year, Chicago.
Here’s to this year’s runners – you’re all winners. Congratulations. 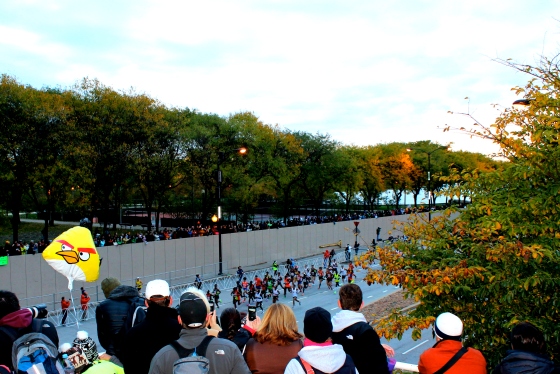